2021 Playbook of Slavery on Steriods 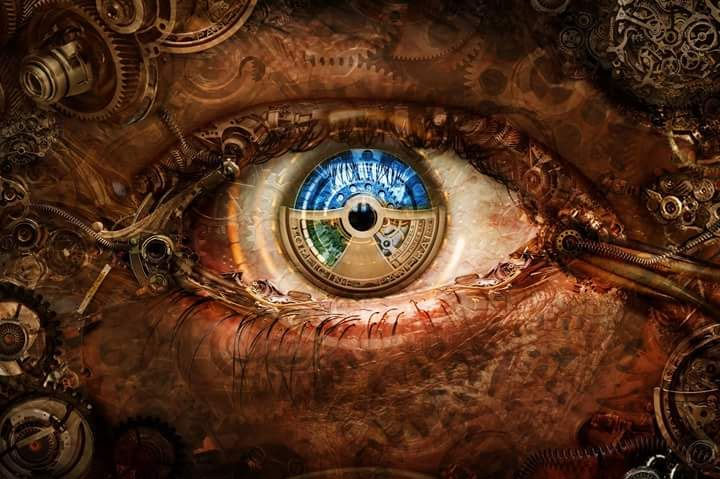 It’s Slavery Again! – Through a deliberate and strategic technological programming of the mind, the social media giants, primarily Facebook, have succeeded in getting people hooked, as they have technically taken flight with the lives and the livelihood we had come to know. We have now become psychological pawns of a scope and magnitude beyond our comprehension.  We are the money making machines whose membership and eyes amount to great value in their phenomenal success as we unknowingly play into their whims and fancies.

What do we get for this you ask? Well, the ability to post images of ourselves, to be defined and validated by others perception of us, an opportunity to play on our need for acceptance and admiration and to broadcast to the world in live and living color whatever we choose to about self, family, health, our travels, our pets and to portray an often unreal side of life and reality for applause through likes and shares. We are actors and audience simultaniously.

It does well in pulling creativity out of designers, engineers, developers and possibly neuroscientists alike who must deep dive into the crevices of soul, vision and intellect to find ways, not only to compete with each other but to appease or hold the attention of members in order to keep them coming back. The likes titillates our senses and excites a deeper desire for greater recognition and validation for which there was always a year. Possibly through the help of neuroinformatics it is basically on automation now. All that feeds it is to have loyal members go to sleep dreaming about their next post and the level of gratification and authentification that may come.

We are now rendered mentally blocked with regards to our spiritual connection and our receptors that were previously open to receive suggestions from our higher self. We have given in to excessive use of these platforms for no constructive, meaningful or uplifting reason and it has not dawned on us that our time is being wasted frivolously.

‘Woke’ people of color should be engaged in discussions on finding meaningful ways to begin the healing of our nations as a collective and to change the old paradigm. We need to engage more about what our people have achieved post slavery and how these many open avenues of opportunity can benefit us  in improving self, socio economic standing and for posterity. Instead, we are being blind-sided and trapped by the great number of games to choose from on the market, the Apps, Twitter, Facebook, YouTube, TikTok, LinkedIn, Pinterest, Skype and Instagram, as if the lure of television, phone or tablet was never enough.

With our minds already taken, the powers that be are running off with the next big wealth and power surge, where once awakened, we may come to find that the death of fiat, a potentially useless paper currency printed at governments’ behest, has taken place and the total acceptance of crypto coins and the essentially supporting block chain industry have taken root while we were comatosed.

Speculation is rife because fiat currency as we are no doubt aware, is not backed by gold or silver as it was in the past, but is printed at the discretion of governments as the need arise. It took the place of IOUs, bills of credit or a promise to pay, and has allowed for easier collection of taxes. The value of money fluctuates due to inflation and international trade and commerce among other factors. Just think that you would have to spend $1,080 today for what you could buy for $100 in 1950.

Commodity money on the other hand, holds and appreciates in intrinsic value because it is tied to metals and material as opposed to the printed fiat that is only good for exchange for goods and services.

Current data shows that 92% of people spend time on social media and that the platforms have achieved their goal to get people hooked. Social media is responsible for ripping apart not just the fabric of family, friendships and society, but has changed the way society works. It has not only affected productivity says Sean Parker, former president of Facebook, but it is an addiction equivalent to Dopamine. He underscores that by saying, it is exploiting a vulnerability in human psychology. The “maybe” factor alone, meaning the anxiety to find out if someone has liked your post or the long awaited text, drives the “maybe” factor. It spikes your Dopamine by 400% which is about the same spike that one gets from using cocaine.

The Magic of “Maybe” study was done at Stanford University by Robert Sapolsky. The downside of this is that people whose new profile picture for example, does not get the number of likes anticipated, sometimes end up with depression. The important thing to bear in mind however, is that this fixation, this obsession, is due to a lack of something better or more important to do.

But the manipulation of consciousness goes deeper still. The race to rapture technique used is based on a study of imagery and instincts of how the human mind works.

Social Media does not empower, it does not open the mind to new frontiers which was the original intention. It removes all thoughts of evolutionary instincts and it is counterproductive for the development of society. Stanford’s – Persuasive Technology Lab has identified its persuasion in influencing thoughts, attitudes, beliefs and behaviours which leads to them holding sovereign authority that is psychologically damaging as it captures the freedom of the mind.

It is a matter of fact that millinials check their phone 150 times a day and every minute spent with these various distractions are moments lost for conscious progressive thought.

We are not in control. We have become trapped in an unaware, invisible persuasion through manipulation designed to point to the most vulnerable, addictive center of the brain.